I'll admit I'm not the greatest mom. Most days I have no clue what I am doing. I remember reading all these parenting books (ok like 2....that's a lot for me though) and saying "oh my kid is definitely going to do____". The beauty of David and I waiting a while to have kids meant that we were the ultimate parents. We watched and decided what we were going to do and not do with our children. Hum....about 18 months ago I had a crying little thing stuck to my hip and all those suggestions we read flew right out the window. David and I decided that we would stand our ground once Grant turned 18 months. Well.....apparently I need a few more books to read. I can't be doing that bad- I mean I'm not on Oprah yet and the kid is still in one piece so that's a good sign right? 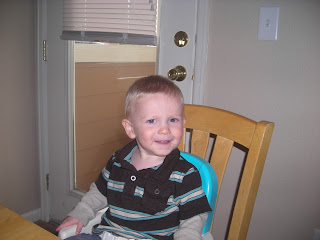 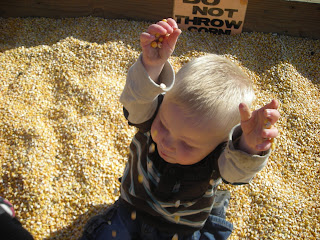 (who would ever 1.) take their ketchup face kid in public 2.) let their kid eat ketchup 3.)let their kid throw corn when there is clearly a sign that says to not throw it. Ugh some people these days. Maybe I should let them borrow my parenting books.)
Grant doesn't really talk much (must get that from me!!!!) but he understands most everything we say. He'll bring us stuff and try to tell us what it is. He likes to point a lot and say "uh uh uh oh". He loves anything with music and has pretty good rhythm. He's an awesome napper and loves the naptime routine we have. You can easily become friends with Grant by giving him gum. The Biggest Loser cast must have had an impact on him with all their hidden advertisements....if he starts requesting ziploc baggies I'll really be suspicious. He pretty much likes to eat anything except my homemade chicken pot pie, so basically anything that takes time to prepare he won't eat. I think meal times are my favorite because he almost always folds his arms, bows his head and sneaks little peeks up at us. It's fun to watch him be so sweet. I can't really think of anything that is different from other kids-I mean don't most 18 month olds like playing hide-n-seek and singing songs? 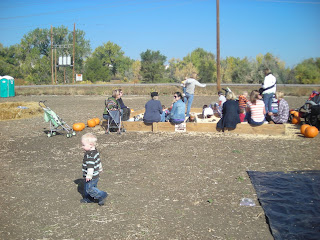 We go to play group most weeks and here is Grant in true fashion---playing off by himself. I have no idea what to do about this. If we are at a playground he just wants to walk around the grass. If we are by the grass he wants to climb on the trash can. I crave being around people so I just don't understand this. It's going to be a looong winter. 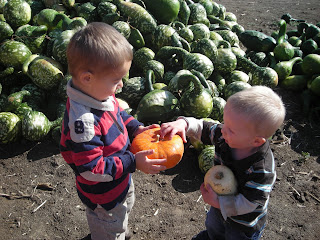 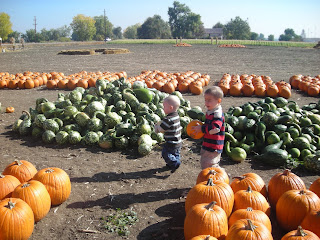 Can it be? Grant playing with a friend? I swear I didn't photoshop this in.
Posted by David and Jodee at Wednesday, November 03, 2010

What a cute kid! He looks so much like David in the top picture. And don't worry, they eventually learn to play with other kids...it doesn't mean he'll forever be a social misfit :) Hope you guys are well!

I'm am always very clearly aware of the moments when I'm being the parent I always thought I wouldn't.
I am the mom that lets her kid climb UP the slide at the park. I'm also the parent that lets her kid take her shoes off at the park (in the summer). I never thought I'd be her, but I am.
AND! Olivia is way more likely to build castles in the woodchips than actually play on the equipment at the park- she never does the normal thing, she's got to do her own thing. And she is only just starting to be interested in other kids and she's almost three!

SO TRUE!!! we are all the perfect parents... BEFORE we actually have the children! i think we all did the same thing. we have our bratty check list of what we will and won't do... and it really does all go out the window when you are actually in charge of a little munchkin 24/7! grant is so cute!